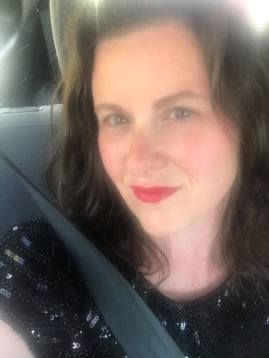 Holly Baldwin (PW/SW) has poems, “There.Is.No.Pill.For.What.The.Body.Remembers” and “Supermoon,” that will be showcased in the Santa Fe telepoem project, where people can go to a converted telephone booth and listen to poets read their work. She also has a nonfiction piece, “Letter to New Mexico,” being published in Z House Publishing’s anthology, New Mexico’s Emerging Writers. 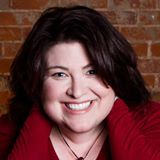 Andrea Becker‘s (SW) latest documentary, Clessie Cummins: Hoosier Inventor, premiered on WTIU and Indiana Public Media on August 20. Links for the DVD and Blu-Ray will be available soon.  The film is in process to be nominated for a regional Emmy Award for next year.  More info available here. 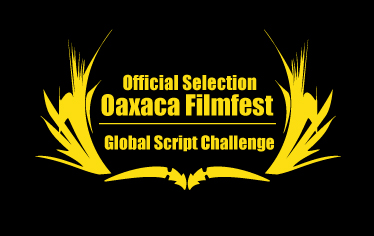 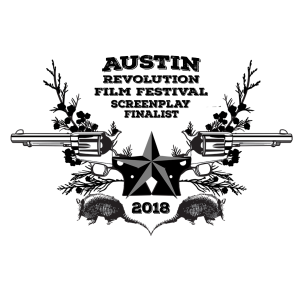 Theresa Anne Carey’s (SW) second-semester screenplay, MESTENGO,  has advanced as a Finalist in the Austin Revolution Film Festival (a Top 50 Film Festival) and is an Official Selection and Finalist in the Global Script Challenge and nominated for “Best Connection” at the Oaxaca FilmFest (Top 50 International Film Festival) in Oaxaca, Mexico.  In addition, Theresa recently passed the Wisconsin bar exam and is opening a nonprofit legal aid office, The People’s Law Clinic & Mediation Center, providing legal services to low-income people in rural areas of southwest Wisconsin. 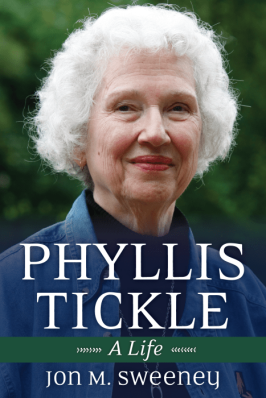 Elizabeth Felicetti (CNF), a third-semester stretch student and Episcopal priest, inspired by Lynnell Edwards’s Spring residency lecture “Book Reviewing 101,” offered to review books for the online magazine Episcopal Café. Her first review, of the book Phyllis Tickle: A Life by Jon M. Sweeney, was posted July 29 and can be found here. She plans to continue to write reviews for them bimonthly, and she loves the free books. Elizabeth tweets @bizfel.

Harriet Squier‘s (CNF) essay “Against Anatomy Lab” was published by Hektoen International: A Journal of Medical Humanities on August 1. Harriet is completing her final semester in the Spalding MFA program in creative nonfiction and is working on a memoir about the harms of medicine.  Her essay can be found here.

Heather Taylor‘s (SW) short story “ScriptBot” will be published in this year’s edition of So It Goes, the literary journal of the Kurt Vonnegut Museum & Library. This year’s journal bears the theme “Lonesome No More,” a reference from Vonnegut’s novel Slapstick. Contributors were encouraged to write works on the themes of mental illness and the essence of human connection. Heather is thrilled and honored to be published in a journal whose values she holds so dear.

Cynthia Rausch Allar (P ’04) was a finalist in this year’s Robin Becker Chapbook Competition with her chapbook, “Deviant.” 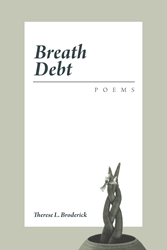 Therese L. Broderick (P ’06)  has published a new poetry collection, “Breath Debt: Poems.” The book is described as “a highly memorable compilation of unique poetry, a powerful collection that delves into riveting moments ranging from personal inspirations to vivid landscapes and panoramas.”  Additional information may be found here. 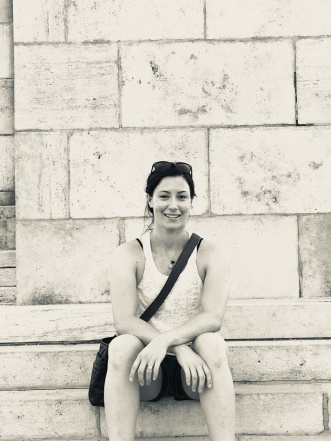 Jessica Evans (F ’15) was long-listed for her micro-flash piece, How to Cook like Mama, in the Prism International Prize.  A native of Cincinnati, Evans currently calls the forests of Bavaria home.

Jeffrey Fischer Smith (PW ’17) and Julie Nichols’s (SW ’15) short film “Reservations” was an official selection in the inaugural Vagabond Film Festival in July in Milton Keynes, near London. They are co-writers & co-executive producers. Also in July, Jeffrey received a scholarship to attend the Southampton Writers Conference and join in Lucas Hnath’s Revision Practicum Workshop. As part of The Grief Dialogues, his short play “A Dog Dreams” will be performed in Las Vegas in September in remembrance of the October 1, 2017, mass shooting. More information about Jeffrey can be found on Facebook here. 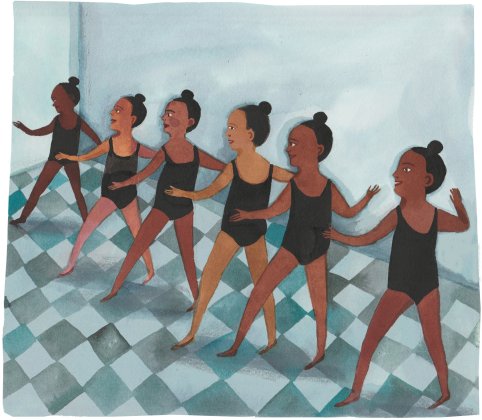 Jenine Holmes (CNF ’13) has a new essay in the New York Times: “When Pink Ballet Slippers Won’t Do.” A link to the article may be found here.

Charles Maynard (F ’13) has been named as Spalding University’s Writing Center Director and Assistant Professor of English in the School of Liberal Studies.

Portia Pennington (SW ’17) reports:  “The sun has been shining on my very surprised head during the summer of 2018! My thesis screenplay, Written By Elodia Jane Wilder, has achieved the following:
Top 15% in the Nicholl Fellowship competition
Quarterfinalist in the PAGE International Screenwriting Awards
Finalist for the PAGE Fellowship to the Stowe Story Labs:  Accepted and will be a most happy participant in the Stowe Story Lab in Stowe, Vermont, in September!”

Additionally, Disturbance, a feature-length documentary about Hurricane Harvey relief that she wrote and co-produced, is an Official Selection of the Louisville International Festival of Film and will screen there this October.  “I can’t say it enough: None of this would have happened without my mentors, Sam Zalutsky, Helena Kriel, Charlie Schulman, Larry Brenner and Gabriel Jason Dean, and the talented, committed Spalding colleagues I am fortunate enough to call my friends!” 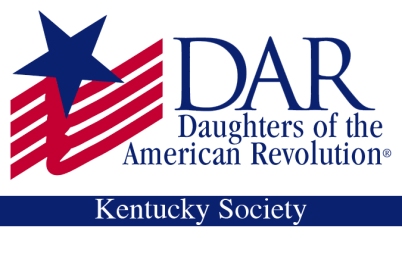 Mary Popham (F ’03) won first place in May for the Kentucky Daughters of the American Revolution contest with her essay “The Career that Waited for Me.” In June, she read from her soon-to-be-published novel The Wife Takes a Farmer in City Hall at the Fairfield Homecoming in Kentucky. In July she presented her program “Writing Your Life Story” to the Louisville Boat Club. 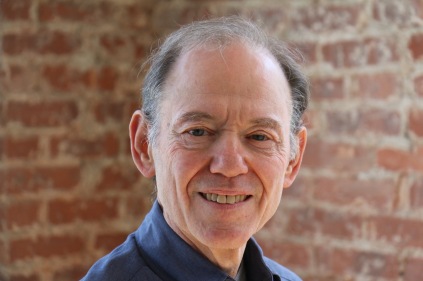 Paul Alan Ruben’s (F ’14) debut short story collection, TERMS OF ENGAGEMENT: stories of the father and son, will be published by Larkin Books, a division of Alison Larkin Presents, on November 6,  along with an e-book and audiobook (Paul is also a Grammy award-winning audiobook producer/director). Included in a book tour will be an event in Louisville at Carmichael’s Bookstore on November 15th, which will include a reading and brief Q and A. Paul has received numerous blurbs from literary fiction authors, including Sena Naslund, T.C. Boyle, Robin Lippincott, and Mary Clyde, and noted mental health professionals who write about fathers and sons, including James Hollis, PhD (Jungian Institute, Washington, DC), and Robert Garfield, MD (U. Penn Dept of Psychiatry). His novel, Raising Philip, is nearly completed.  You can follow Paul at his website here, or on Twitter here, or contact him via email at paulalanruben@gmail.com

Nancy McCabe’s (CNF faculty) book From Little Houses to Little Women: Revisiting a Literary Childhood was released last spring by the University of Missouri Press, and a quote from it appears on the Laura Ingalls Wilder page of the 2018 Barnes and Noble Desk Diary. Recent essays appear or are forthcoming in Southern Indiana Review, Michigan Quarterly Review, Literary Mama, Potomac Review, Florida Review, Placeholder, and Brain Teen. She also has recent and forthcoming book reviews in Ploughshares Online and American Literature and poetry forthcoming in Spillway, 3Elements Review, and Harpur Palate. She was the 2018 recipient of the President’s Award for Excellence in Teaching, Research, and Service at the University of Pittsburgh at Bradford. She recently wrapped up a two-year term as president of her faculty senate, serves on the search committee for a new campus president, and accompanied a student group to Japan in June.

Jeremy Paden (P faculty) was recently named a recipient of an Al Smith Fellowship from the Kentucky Arts Council. He is the author of several poetry chapbooks: Broken Tulips (Accents Press, 2013), ruina montium (Broadstone Books, 2016), and prison recipes (Broadstone Books, 2018). He also has a chapbook of translated poems, Delicate Matters (Winged City Press, 2016), and is co-editor with Bianca Spriggs of an anthology of Affrilachian poetry, Black Bone: 25 Years of the Affrilachian Poets (University of Kentucky Press, 2018). His collection ruina montium has recently come out in Spanish (Valparaiso Ediciones, 2018). 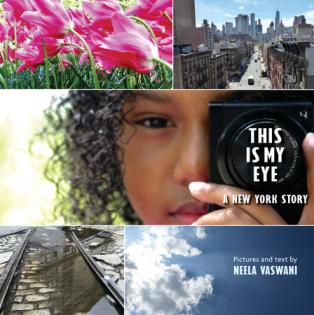 Neela Vaswani (F/CNF faculty) had a recent book launch for This is My Eye: A New York Story. This is My Eye is a story of perspective, identity, place, and ways of seeing. Neela and musician/composer Milica Paranosic presented the book in a family-oriented performance, followed by interactive photography and musical activities designed to encourage kids to create–and to express themselves and their joy.  The book is a Junior Library Guild selection.

Katy Yocom’s (F ’03) novel, Three Ways to Disappear (a.k.a. the tiger book), is forthcoming in 2019 from Ashland Creek Press. Earlier this summer, she was named a 2019 recipient of an Al Smith Fellowship Award from the Kentucky Arts Council. The officially sanctioned acknowledgment language says the award is “in recognition of artistic excellence.” In July, she traveled to Japan with the MFA residency, where she presented a Profession of Writing panel with alum Leah Henderson (F/W4C ’11) called “The Debut Novel: After Publication, What Comes Next?” In August, she read at the Spalding at 21c: Voice and Vision reading series in Louisville. Earlier this year, she joined the board of the Kentucky Women Writers Conference.

2 thoughts on “Life of a Writer: Late Summer Edition”