…the collage form encourages us to write in a distilled, imagistic, unconsciously meaningful way…

A few years ago, I started thinking about teaching writing classes at an art center near where we live on the east side of Seattle. At first, I thought I’d like to lead ekphrastic writing classes, making use of the art exhibited at the Kirkland Arts Center, which draws to its gallery the work of artists from all over the country—and beyond. The education director was game, so I offered a trial class, and then another. Students, mostly visual artists themselves, loved it. Sometimes we wrote specifically about the piece of art that inspired us, while other times we just let the show as a whole wash over us, triggering ideas for what we wanted to write. Visual art as writing prompt. Hardly a new idea. 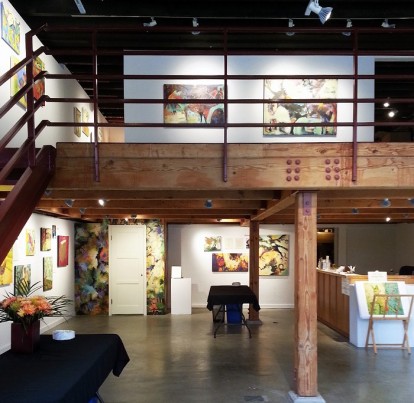 The arts center is, by the way, located in one of the oldest buildings in Kirkland, a lovely brick two-story with a skylight studio and a turret room and a talented faculty teaching everything from painting and printmaking to sculpture and pottery. My ekphrastic classes were held in the gallery itself on Mondays when it’s closed to the public. Sitting in the midst of so much originality and provocation, how could we not feel inventive and imaginative as we wrote?

One day it struck me that instead of going it alone as the makeshift resident writer, I’d like to co-lead a class with a visual artist, someone who was as energized by the intersection of text and image as I was. I had at this point a history of collaborating with visual artists, in one way or another, on four very different books and in a couple of Midwest gallery shows. The synergy created in such collaborations, I had found, frequently leads to the opening of doors into my own creative life. Larry Calkins and I gave it a try, and we clicked immediately.

But that’s only half the story. For some time I had been dabbling in collage writing, though I hadn’t really called it that. Lyric essay, perhaps. Prose poem, maybe. Braided narrative? Yeah, could be.

Yet, none of these terms really felt like an accurate descriptor for the kind of cut-and-paste, layer-and re-layer, intuitive, associative and edgy process I was encountering as I worked on my current book project. Suddenly the paper collage work I was doing with Larry in our “text and image” classes seemed to be pointing the way, giving me a metaphor – or perhaps simply a correlative – for what I was doing on the printed page. Larry, being a deeply thoughtful but wildly spontaneous artist, had shown me (and our students) how important it is to let the unconscious come to the foreground and to not overthink or over-organize a work of art. His advice for newcomers to collage is to first heap up the images that strike you (from old magazines, pieces of fabric, tattered photos, handmade paper) and then allow yourself to pick and choose, cut and paste. And here’s the key: Allow yourself to let the images draw the connections: in other words, starting out NOT with an outline or plan and certainly without a distinct and rigid image in your mind – but rather, letting the material tell you where it wants or needs to go. The process felt natural and organic, and the results our students saw pleased us all.

I went back to my own writing and reading, focusing on this collage metaphor. I returned to Seattle author David Shields, one of the key advocates of this kind of writing, and studied his books as well as many others, including novels and short stories and essays by Renata Adler, Joan Didion, Sherman Alexie, and others. I explored the history of collage art – beginning at the turn of the 20th century with Picasso and Braque and leading right up to contemporary collagists. As often happens, the more I read and the more I wrote, the more I wanted to research even more deeply. This form – the collage essay – became a kind of stylistic obsession. And then in the midst of my investigation, I was asked to give a lecture and lead a generative workshop at the next SpaldingCon, our annual MFA alum conferences. I decided my topic would be Writing with Scissors: The Collage Essay. Again, fortunately, the workshop members I met with for three days in Louisville were totally game to try something new – and even those who were quite familiar with collage writing were willing to learn more and step up their process. The work they created in our brief time together was awesome and inspiring.

In the end, our cutting and pasting took the form of both literal visual-art collages as well as figurative ones, essays influenced by the art form I’d been absorbed in for a year (and instinctively, for much longer).

Our first day was spent with glue sticks and images cut from magazines we foraged from our hotel rooms. Later we blended these images with texts we wrote from prompts in class. The process – cut and paste – became a metaphor for our lives as artists, writers, teachers, students, partners, parents and citizens.

When my turn came to participate in our nightly faculty readings, I chose an essay I had written over the previous week. It was, of course, a collage essay. A riff on loss, love, Leonard Cohen and … collage.

Though not every writer wants to write in this form, I believe that collage writing can loosen all of us up as thinkers, conjurers, storytellers, image-creators. I offered our class prompts as exercises to jump-start a prose piece, as forms for shaping an essay, and as writing-block busters. In our workshop, they worked in each of these ways for different students.

I close with a collage-based prompt for you to try. It’s a mash-up of several exercises I’ve used in workshops. Write these out by hand, if possible, leaving space between each one.

Now, with scissors, cut up each of these pieces. (For example, cut up individually each of the sentences on big topics.)

Mix them up, toss them in the air, shake them up in a paper bag, throw them on the floor. In other words, move them out of the linear order in which you wrote them.

Now reassemble the pieces – listening to what the pieces tell you about where each one wants to end up. Play with it a while. Revise the order. Feel free to take out one or two. If you feel something’s missing to bring this all together, then add a section. But don’t change the content, only the order.

Paste the pieces on cardboard or sturdy watercolor paper — in the final order you’ve chosen. Leave white space between the pieces. Paste them down in any pattern you like. At angles, or in regular linear progression.

When you’ve finished, give your work a title. For more fun, cut up some images to intersperse among the written lines.

When your process is complete, ask yourself what surprises you found in your finished product? What were the associations you made as you put the individual pieces together that had not been in your mind when you wrote them down separately? Are you interested in writing more about some of the pieces– or expanding/elaborating the collage? Can you create an exercise of your own that uses collage as a writing form?

For me, the collage form encourages us to write in a distilled, imagistic, unconsciously meaningful way. I find I can say more with less when I employ collage. I hope it helps you with whatever you’re writing, too. If you want to know more about the form and who’s writing it, check out the Chapter titled “Collage” in David Shield’s book, Reality Hunger: A Manifesto (Knopf, 2010). 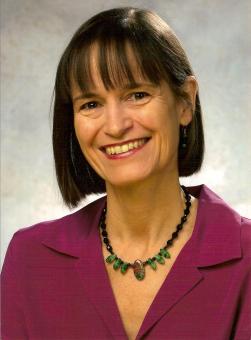