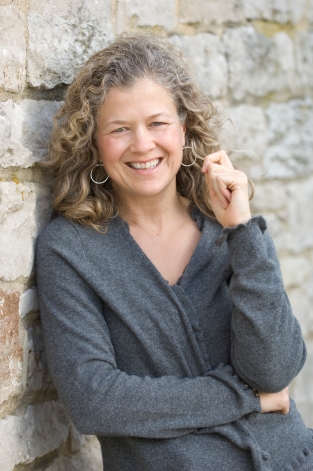 Happy New Year and thank God the temperature is finally above freezing in Louisville! Kathleen suggested I use this forum as a follow up to her announcement last week of my appointment as Associate Program Director and so what follows is an attempt to say something of interest and relevance about my life as a writer going forward in this new role.

Where to start? As a poet?  As teacher? As book reviewer?  (And then there’s that whole other bucket of roles: mother, wife, friend).  So, first the official resume: Since 2010 I have served as Associate Professor of English in the School of Liberal Studies, where I taught a variety of writing and literature courses.  If I look vaguely familiar, it’s because I have occasionally attended lectures during the fall and spring residencies and could be found generally wandering the halls of the Mansion or the ELC on the way to class or lunch.  I also taught several of the book-in-common short critical essay workshops early on, and did a plenary lecture several years ago on teaching freshman composition.  In my role with the MFA, among other things, I will be bringing ideas and resources to the critical writing curriculum for the program, including both faculty and student support.

I’ve also been steadily involved with the Louisville and Kentucky literary landscape as a founding board member of Louisville Literary Arts  and as a board member of the Kentucky Women Writers Conference from 2011-17. Those of you who are local-ish may have seen me as the two-year host of InKY at the Bard’s Town, or running around in a semi-panic at The Writer’s Block (the two signature projects of LLA) or moderating sessions at the KWWC.

So there’s been a kind of rhythm to my professional, academic life since 1988 when I jettisoned what was looking like a pretty mediocre career in public relations and went all in for academia. Comforting and satisfying as that life was, I’m looking forward to the change in the pace of my day and my work and to engaging with the expansive community of MFA colleagues. 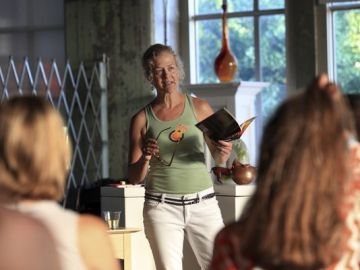 Teaching my last undergraduate class this fall was a bittersweet experience; I’m glad for the work I’ve done there and for what the students have taught me.  And I will bring to my work for the MFA the same philosophy of teaching that has sustained me for 28 years in undergraduate teaching, and which I articulated in an extended statement for my tenure review a few years ago.  I believe deeply in Spalding’s mission of social justice, in the MFA’s commitment to the interrelatedness of the arts and to the care for the writer we espouse in our conversations. To that I add that I also believe that the work of literature is “good work,” a phrase Wendell Berry uses in the essay “Conservation is Good Work” from his collection Sex, Economy, Freedom, & Community to describe the proper conservation of Creation. It is “good,” he writes, because it “involves much giving of honor.  It honors the source of its materials; it honors the art by which it is done; it honors the thing that it makes and the user of the made thing.”  Literary art may seem much less tangible than the kind of “made thing” we might associate with Berry’s argument, but like any sustainably raised crop, any decision about land use, any commitment to the economy of rural life, the literary arts have a made quality and we are called as makers of that art to honor its making and honor its users, mindful of its consequences as they reach across time and space.

This is something I intend to practice first, and intensely, in my own work until I begin as Associate Program Director officially on July 1.  Spalding has granted me a sabbatical leave for the current term and so I write this as I begin the first week of that leave.  The project on which I am chiefly working during this leave (which is to say the one that was approved) is a manuscript of poems, some of which explore primary documents about Kentucky’s pioneer history to create narrative, often persona, poems, and some of which are narrative poems about my childhood on a farm in central Kentucky and about weekends boating with my family on the Kentucky River.  In general, themes of family, land, and identity resonate strongly across these subjects as well as questions about land ownership and class.  These primary documents, including journals, maps, genealogical accounts, and early histories have lead me down marvelous rabbit holes of conflicting narratives, archaic, Scots-Irish inflected English, and unexpected cultural values. Investigating my own childhood in small town, central Kentucky has been its own other country. 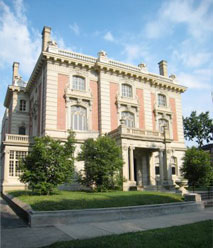 I intend to spend many hours at the Filson Club, where most of the relevant primary documents are housed and located just down the street from Spalding.  Like many of you, I frequently have a couple of projects in process at the same time and so I will also be working on a second, (not formally approved by the sabbatical committee but nearly complete) collection of poems tentatively titled Nervous, which document the impact of mental illness on the family and in the context of our generally anxious culture.  Whew.

I am looking forward to getting to know everyone and I will be around during the May residency – but I know that it will take time.  And so I welcome contact from all through the various miracles of electronic media!  I have a not very updated website (another sabbatical project!) at http://lynnelledwards.com ; a definitely not very active twitter account @lynnellEdwards ; I think I started a Tumblr once, too. But best, if you’d like to reach out and introduce yourself (please do!), email me at:  ledwards02@spalding.edu  Oh yeah, and Facebook.  There’s that.  Let’s get together soon.

Lynnell is the author of three collections of poetry, most recently Covet (Red Hen Press, 2011) and a chapbook, Kings of the Rock and Roll Hot Shop (Accents, 2014).