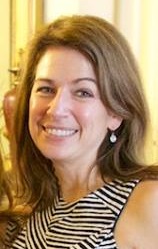 With summer residency in Scotland behind us, it’s time to look ahead to special sessions on the slate for the Fall 2017 Spalding MFA residency, November 10-19 in Louisville.

Every Spalding MFA residency is built around faculty-led workshops, most of them genre-specific—creative nonfiction, poetry, screenwriting, and so on. That said, we frequently offer a few special-topic workshops. This residency, special workshops include a musical theatre workshop (more on that below) as well as a workshop led by Rachel Harper that offers critique of the first 50 pages of participants’ novels. Harper’s workshop is open to third- and fourth-semester students as well as alumni.

Three faculty-led generative workshops are offered for alumni only: an adaptation workshop, led by Sam Zalutsky; a “Manifesto!” workshop with Dianne Aprile; and a flash fiction/nonfiction workshop with Robin Lippincott.

Students workshop in their own area of concentration, though they have the option to workshop in a different genre once during their studies.

At each residency, while presenting a full slate of curriculum in each area of concentration, we also feature a rotating focus on one of our genres. This fall, we take a closer look at dramatic writing.

We’re pleased to announce that Pulitzer Prize-winning playwright Doug Wright will serve as Distinguished Visiting Writer in Residence during the Fall 2017 residency. All Spalding MFA students will read the script of Wright’s Tony Award-winning play  I Am My Own Wife, which explores the life of German transvestite Charlotte von Mahlsdorf. At the residency’s opening session on Friday, Program Director Sena Jeter Naslund leads a discussion of the play. On Saturday, Wright speaks to the group in a public presentation, followed the next morning by a Q&A session for MFA students and faculty only. 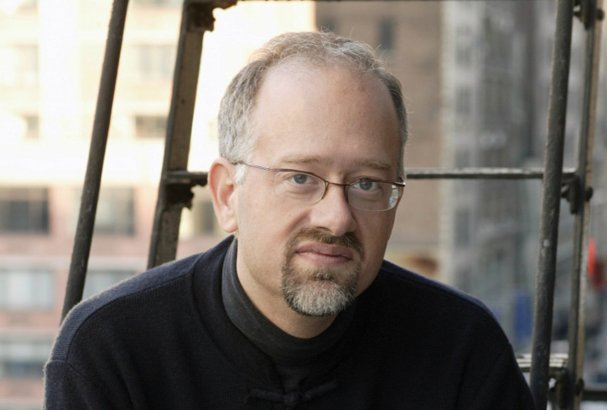 In addition to the Tony Award for Best Play, I Am My Own Wife was awarded the Pulitzer Prize for Drama and the Drama Desk Award for Outstanding New Play in 2004. More recently, Wright wrote the book for the current Broadway production War Paint. He serves as President of the Dramatists Guild, and we’ve heard anecdotally that he’s one of the kindest people in the business. We very much look forward to bringing him to Spalding.

Screenwriting receives special attention with a plenary session by TV writer/producer and former Spalding faculty member Sheila Callaghan. To prepare for the lecture, all MFA students will screen Season 7, Episode 4 of Shameless. The episode, which garnered Callaghan a nomination for the Writers Guild of America Award, is available on Netflix. Callaghan also wrote the pilot Over/Under, which was filmed for the USA Network, and was writer/producer for the series United States of Tara and Casual. Beyond her screenwriting work, Callaghan is a playwright, winner of Princess Grace Award, the Whiting Award for Drama, and a special commendation award for the Susan Smith Blackburn Prize.

Les Waters, artistic director of Actors Theatre of Louisville, spends an hour with Spalding MFAers in an intimate on-stage conversation with playwriting faculty member Eric Schmiedl. Waters received the Obie Award in 2002 for directing Big Love, which premiered at the Humana Festival.

Writers in every genre can broaden and deepen their own work by experimenting in other areas. To that end, each residency features a brief cross-genre assignment. At this residency, faculty members Eric Schmiedl and Helena Kriel deliver a plenary cross-genre lecture on adaptation in screenwriting and playwriting, and by the end of the week, all students will write a two-page script adapted from their own work. Selected scripts that result from this exercise will receive a staged reading by MFA faculty members!

The final entry into our special dramatic-writing focus also serves as one of two arts events. All MFAers will attend a performance of Skeleton Crew, a play by Dominique Morisseau, at Actors Theatre of Louisville. 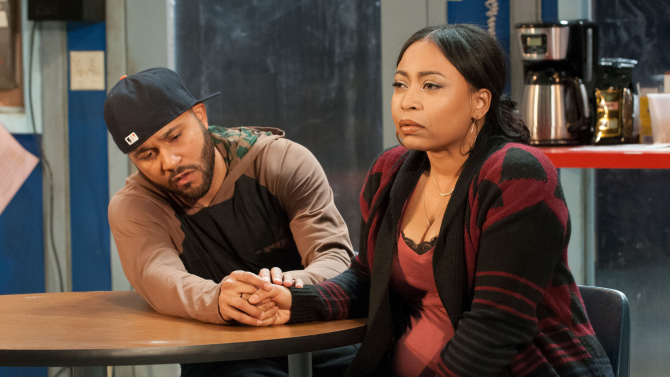 First produced in 2016, Skeleton Crew is set in a Detroit auto factory in 2008, during the depths of the Great Recession. The New York Times calls the four-person character drama “a deeply moral and deeply American play, with a loving compassion for those trapped in a system that makes sins, spiritual or societal, and self-betrayal almost inevitable.”

One of the bedrock emphases of the Spalding MFA program is the interrelatedness of the arts. In a literal demonstration of this phenomenon, Sena Jeter Naslund gives a reading of her short story “The Perfecting of the Chopin Valse No. 14 in E Minor,” accompanied by a performance of the Chopin work by noted pianist Frank Richmond. This public reading and performance takes place in the sanctuary of the First Unitarian Church, adjacent to campus.

Switching hats from writer to teacher, Sena asks us all to read like writers with a plenary lecture titled “Understanding Fiction through Critical Analysis.”

Faculty members or guests in each area of concentration discuss the path to publication or production in a faculty book/script in common discussion. This time, fiction students hear Rachel Harper discuss her novel This Side of Providence; and creative nonfiction students read Black Cool, an anthology, and discuss it with its editor, Rebecca Walker. Harper, a contributor to Black Cool, sits in, and fiction students have the option to attend the Black Cool session.

Rounding out the genres, poetry students read Testify, by Red Hen Press author Douglas Manuel, while writing for children & YA students read Rufus + Syd and discuss it with its coauthors, Robin Lippincott and Julia Watts. Screenwriters read and discuss Rhino with its author, Helena Kriel.

In addition to leading book-in-common sessions, poet Douglas Manuel delivers a poetry lecture, and Julia Watts lectures on writing for children and young adults. Manuel is a Middleton and Dornsife Fellow at the University of Southern California, where he is pursuing a PhD in literature and creative writing. Watts, a Spalding MFA alum (F ’05) is the Lambda Literary Award-winning author of Finding H.F., as well as Secret City, among other novels for young adults and “old adults.”

Beyond the sessions mentioned above, each residency features dozens more genre-specific lectures by Spalding MFA faculty and graduating students. Students are welcome to attend lectures outside their genre.

Finally, to honor our program director and co-founder Sena Jeter Naslund on her upcoming retirement, the annual alumni conference known as SpaldingCon is being specially presented as SenaFest. This festival features lectures, panels, and generative workshops led by a grand total of 18 Spalding MFA faculty members and 34 MFA alumni who are returning to Spalding from around the country to help us celebrate. SenaFest sessions are graduate-level curriculum open to current students as well as alumni. A description of the riches on offer at SenaFest would fill another blog post!

Katy Yocom’s fiction, poetry, essays, and journalism have appeared in Salon, The Louisville Review, 2nd & Church, and elsewhere. The 2016 recipient of the Siskiyou Prize for New Environmental Literature, she holds an MFA in Writing from Spalding University.